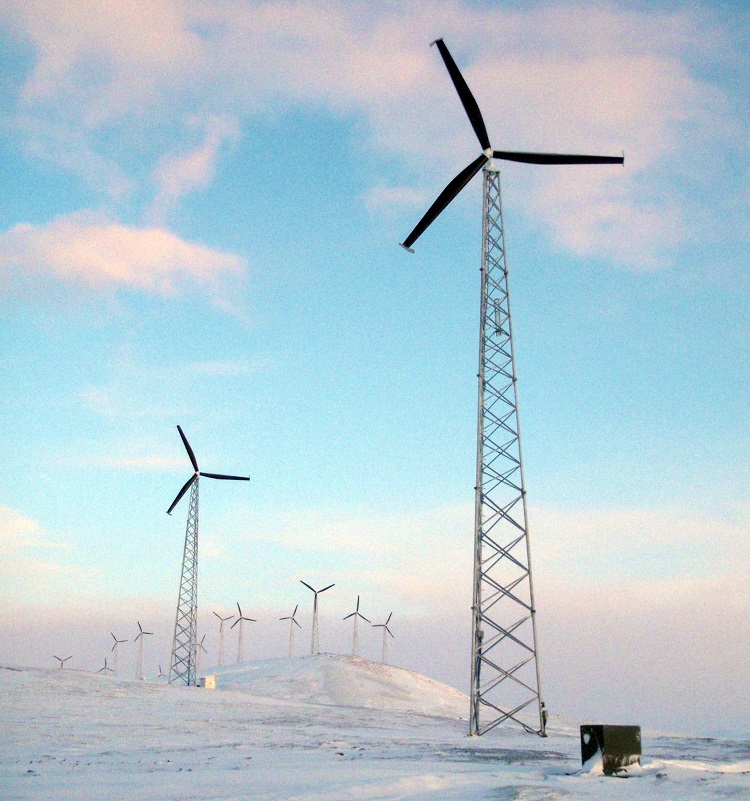 A REopt analysis conducted as part of the RCRE partnership revealed that a remote village in Alaska could cut its fuel consumption nearly in half and lower energy costs by 21% by deploying high-penetration renewable energy. Photo from STG Incorporated, NREL 16307

As part of the Remote Communities Renewable Energy (RCRE) partnership, NREL used the REopt™ model to analyze cost-optimal pathways to achieving a combined 75% reduction in diesel fuel and fuel oil consumption in an Alaska Native village. The RCRE partnership is a U.S. Department of the Interior initiative that aims to help remote communities served by isolated, diesel-powered microgrids reduce their fuel consumption and lower their very high energy costs through the use of high-penetration renewable energy.

In addition to modeling the existing diesel generator and fuel oil heating technologies, the REopt model was able to select from among wind, battery storage, and dispatchable electric heaters to meet the remote village’s electrical and thermal loads. The results indicated that while 75% fuel reduction was technically feasible it did not appear to be economically viable at the time of the analysis. When the fuel-reduction target was relaxed, however, the results indicated that by installing high-penetration renewable energy, the community could lower its energy costs by 21% while still reducing its fuel consumption by 54%.

Department of the Interior

University of Alaska Fairbanks (Alaska Center for Energy and Power)